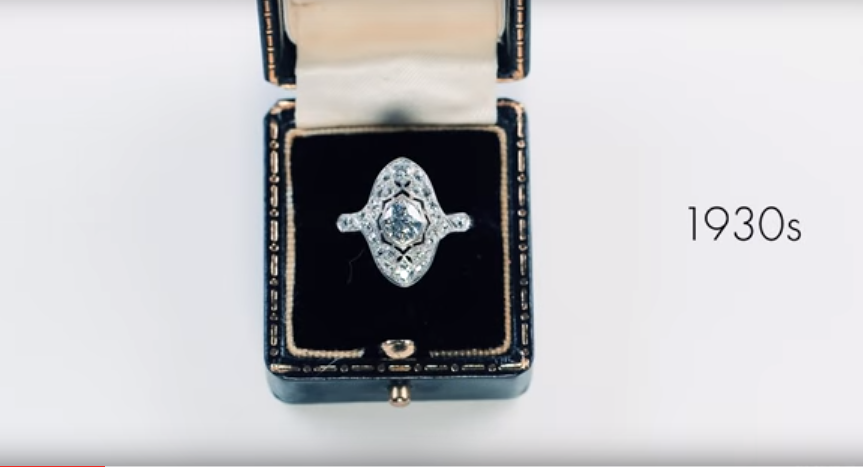 Mode has created a the video that every bride-to-be looking for an engagement ring simply has to watch! 100 Years of Engagement Ring Styles shows how our love for diamond engagement rings has stood the test of time but there have been huge changes in terms of the style, cut and setting of the rings over the decades.

Take a look and see which is your favourite era

1920-1930s: Art Deco–influenced rings: Round early modern brilliant-cut diamond set into a platinum mounting, highlighted by round diamonds in a pierced openwork mounting.

1930-1940s: The introduction of white gold in the late 1920s; “filigree” mounting, which heralds back to the Edwardian period, comes in trend.

1945: “War Bride Ring,” the ring that every serviceman gave their fiancée due to the rationing of precious metals during the war years.

1950-1960s: White gold and platinum becomes the preferred metal in postwar period. Addition of round side stones set into the shoulders of the ring.