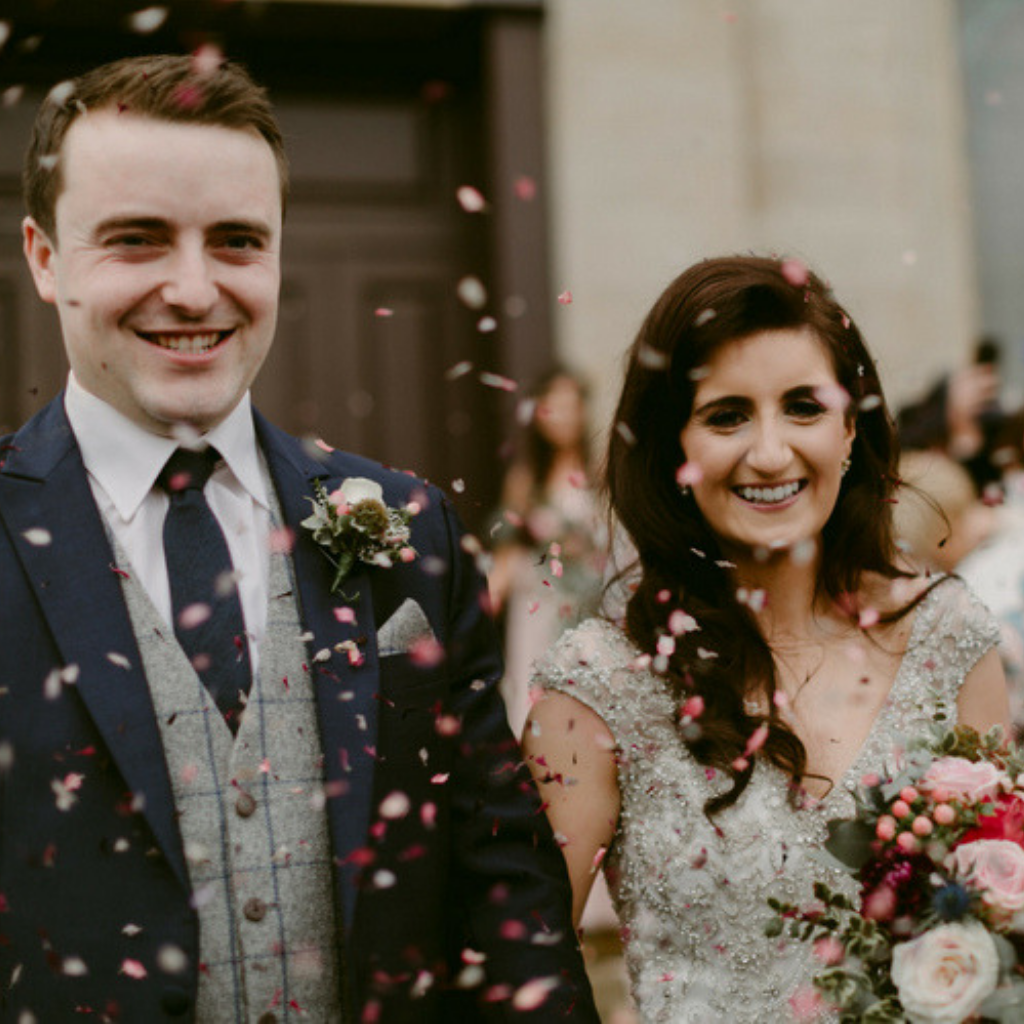 Claire and Sam met five years ago on a night out at a local nightclub through a mutual friend.

‘When Sam was shown a photograph of me before I arrived my friend instantly said – no Sam she’s too nice for you. But we hit it off after we got chatting and the next day we connected on social media.

‘Sam finally asked me out and we went to our mutual friend’s house for tea.’ 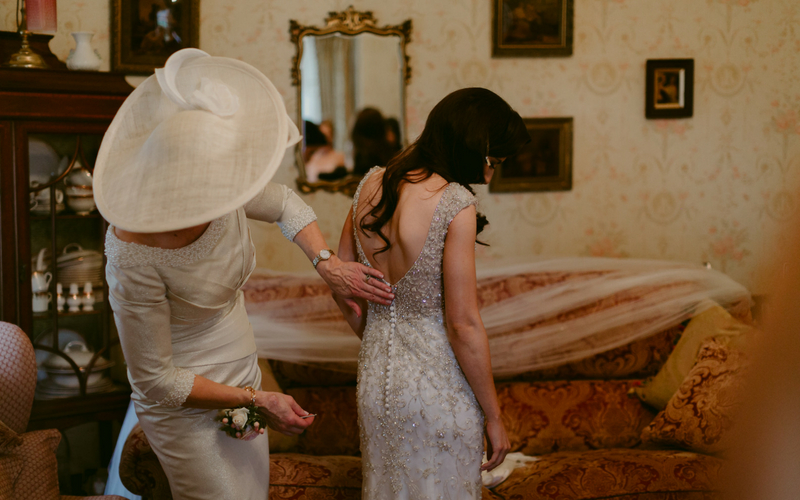 Claire reveals that the couple discussed getting married early on in their relationship but decided it was something they wanted to wait for until Claire had graduated and was working.

‘That however, didn’t go according to plan. It was coming up to Christmas 2015 and I was really busy with uni assignments. Sam kept asking me to take a study break and to walk our two dogs with him.

‘I said I would on Christmas Eve if the weather was ok. Sam kept sending me weather updates all week but looking back he was acting strange to the point of me worrying if he actually still wanted to be in a relationship with me.

‘He arrived early which is very unlike him and the dogs were already muddy. It turned out he had already been to Lissan House to hide the champagne glasses at the spot where he wanted to propose.

‘When we got out and got to the waterfall Sam stopped walking and next thing I knew he was on one knee asking me to marry him. He was so nervous he had the ring box upside down, even though he had been practicing for a week. At the moment I said yes our dogs started running around us and going mad. It was the most perfect moment and one we will cherish forever.’ 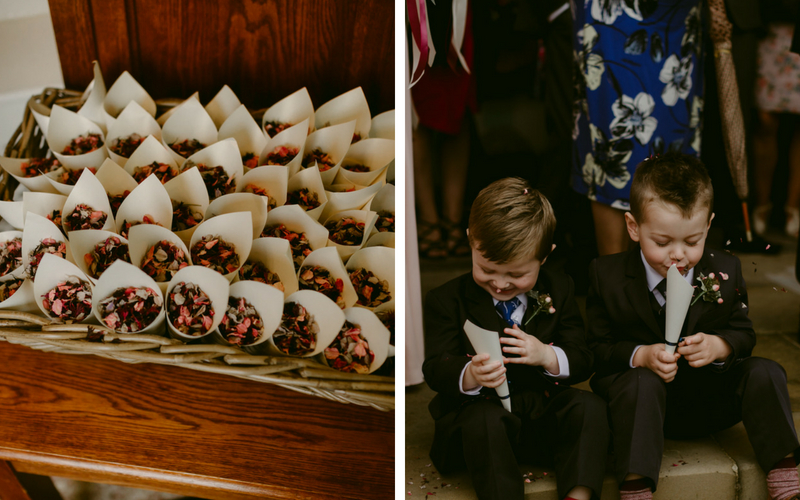 First on the couple’s to-do-list was to source a venue and after attending an open day in Darver Castle in Dundalk they were smitten.

‘We just loved how relaxed it was and the staff were all so friendly. The whole venue had a real homely feel to it and the staff were so attentive in the run up to the wedding and on the day itself, all our guests commented on the service they received.’ 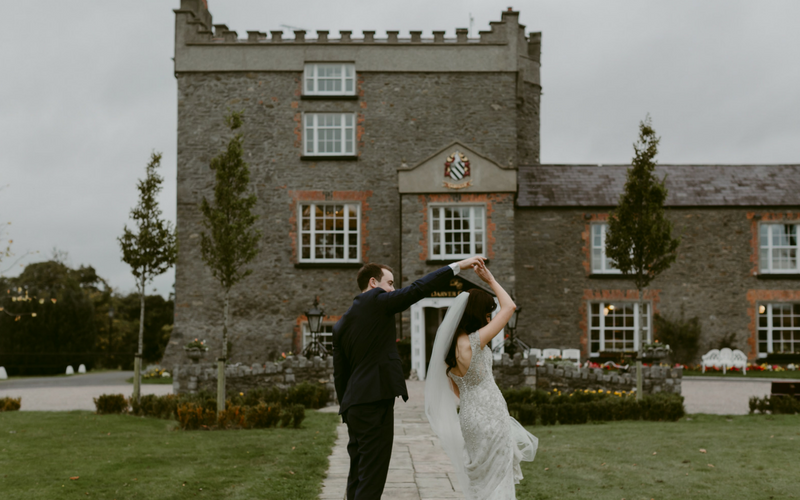 After deliberation Claire eventually decided to go with a wedding planner and hired LilacElan, Lurgan.

‘Leanne was so helpful and helped me organise all the ideas I had in my head and all the Pinterest boards I had created. I hired various gold candelabras from Leanne and choose navy candles and napkins to tie in the boys suits. I hired a hot nut machine because who doesn’t love hot nuts when drinking beer. We also had a Poloraid guest book for our guests, as the night went on the guests were having great fun with the camera.’

The wedding flowers were from Cottage Flowers in Cookstown. ‘Sonia Brown did a fantastic job with my ideas,’ recalls Claire.

‘We placed some flowers in pumpkins throughout the church and at the top table, which looked fab. As Sam has a love of hunting I also put some pheasant feathers placed in my bouquet which tied in with the autumnal scenes in our photos.

‘I designed our table plan myself as I wanted to put personal touches such as painting pine cones gold and co-ordinating our table numbers with photographs of us at that age.

‘Stationary was by Hand Inspired Stationary, Belfast. We wanted something elegant and neutral.’ 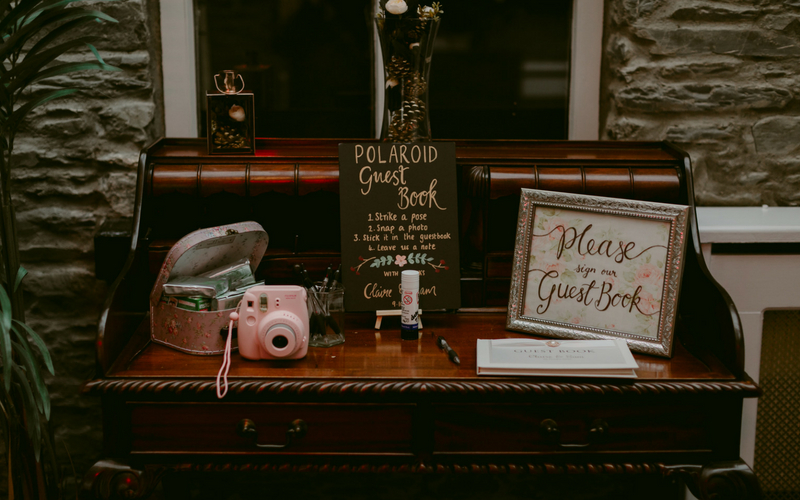 What the bride wore & the rest….

When it came to the all important dress, Claire fell in love with the fourth one she tried on.

‘It was a Morie Lee dress from Perfect Day in Lurgan and I loved it as soon as I tried it on. However, as the months passed when I looked at it online I thought it looked terrible. After stressing about it for six months it finally arrived in store and I tried it on and fell back in love with it right away.

‘The night I met Sam I was wearing a blue dress, so I got part of it stitched into the inside of my dress as my ‘something blue’.

Not to be outdone the men chose their suits from Red Groomswear in Cookstown and the bridesmaids were from Perfect Day in Lurgan.

Claire’s mum got her beautiful MOB outfit from the Snooty Fox in Dungannon, while Sam’s mum got her chic ensemble from Gasp in Armagh. 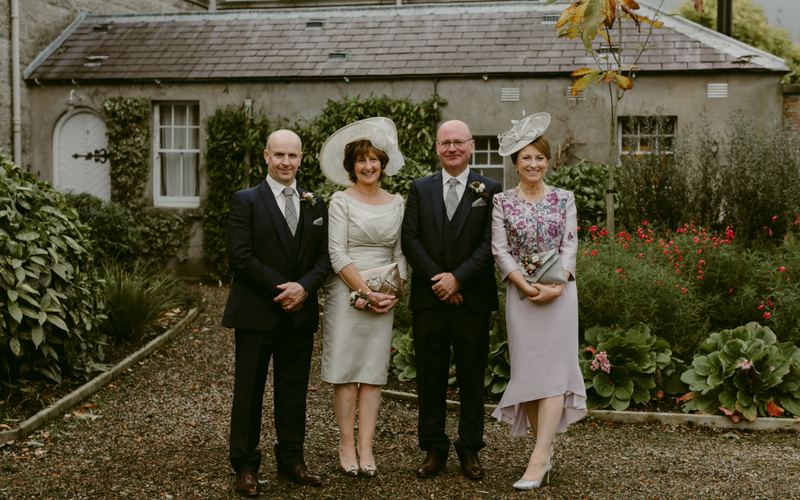 The wedding cake was designed by Yummy Mummy Cakes in Moira.

‘The bottom layer was fruit made by my aunt using my late nana’s recipe. We actually saved some and had some at Christmas as our first Christmas as husband and wife. The other layers were carrot cake, lemon drizzle and raspberry and white chocolate.’ 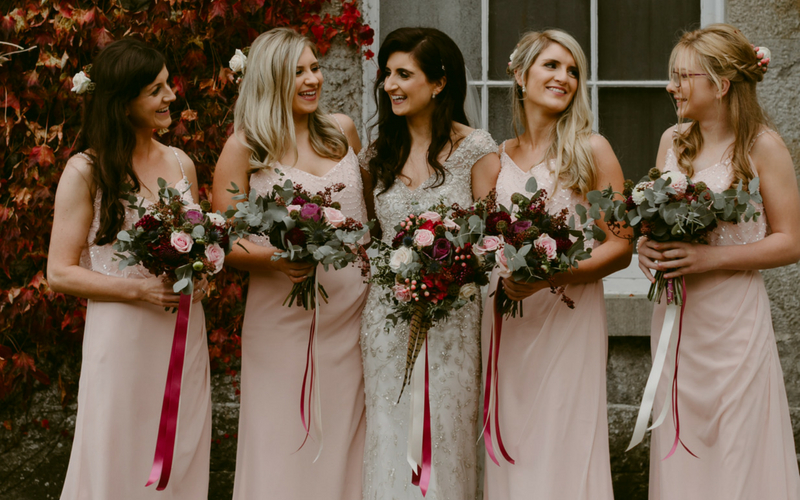 For their photography they choose Adam & Grace Photography having met them at the wedding of a close friend and booking them on the day.

‘They were two of the most gracious, kind people we met throughout our wedding planning. They were so subtle throughout the day that at times we forgot they were there,’ explains Claire.

‘They helped gather up our disorganised family members, helping us ensure we got pictures we will treasure forever. Every single photograph was so graceful and they really captured the day.

‘Adam & Grace also did a pre-wedding shoot and even though Grace is terrified of dogs they got some amazing snaps of us with our two dogs. Every wedding needs an Adam &Grace!’ 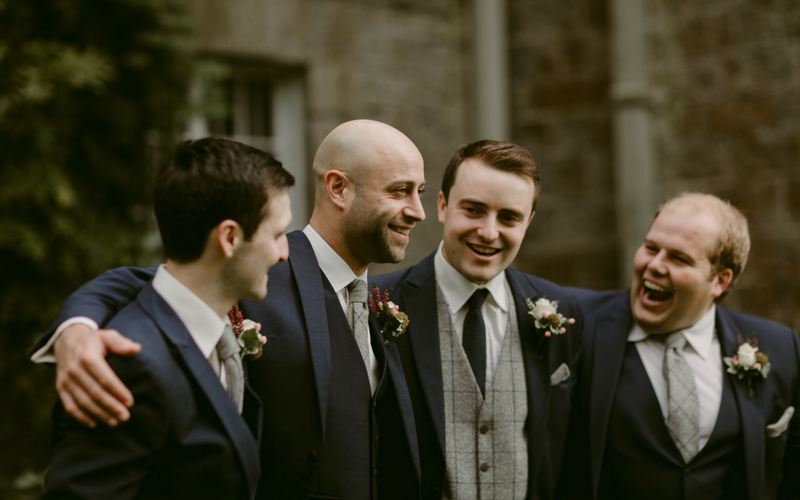 Claire shares that the first look and their vows were a real highlight when they look back on their special day. ‘While there was lots of fun and laughter it was that moment that it was real. It was the only time during the whole day when it we felt completely alone and together with each other, despite everyone being there.’

Sam suggests taking your time and ‘enjoy every second of it.’

Claire reminds nervous brides out there that ‘your fiancé loves you just the way you are. You don’t need to starve yourself, spend endless hours at the gym and look at yourself in the mirror from a different angle. Just be YOU!’ 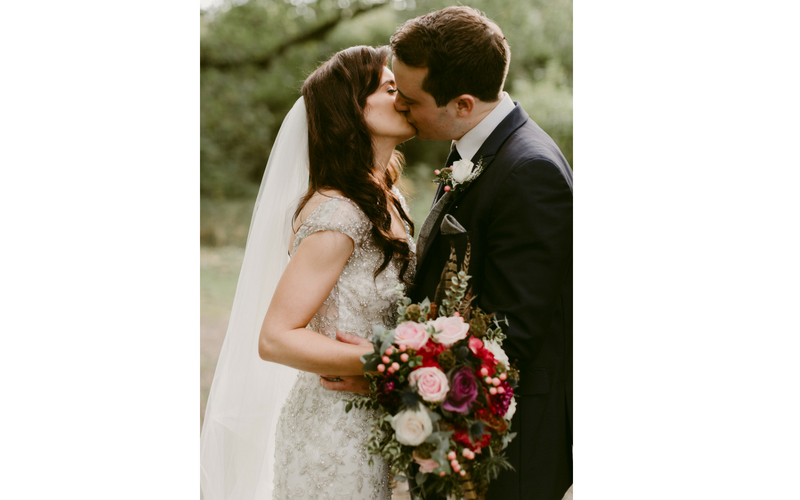