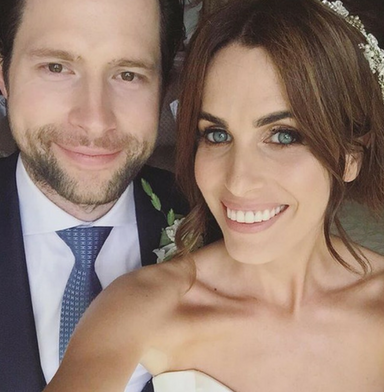 Having previously stayed at Mount Juliet before, blogger Holly and her businessman fiancé Andrew fell in love with the stunning manor house venue, renowned for luxury and opulence in Kilkenny.

After dating for two years, Holly’s beau Andrew got down on one knee in a magical New Year’s Eve proposal in 2015, in Ciragan Palace, Istanbul. Holly’s engagement ring is a vintage-style gold band encrusted with diamonds set around a stunning sapphire, and is created by an Irish designer. Holly says to RSVP : “Andrew picked it with both our mums. I’m amazed my mum was able to keep it a secret for so long. I love it so much”.

The popular blogger is a huge fan and supporter of homegrown Irish brands, with Holly previously stating to the independent “my engagement ring came from an Irish designer so I want my dress to be Irish too”. Previously speaking to the Independent in the hunt for her dream dress, she said “I think it’s important to wear something unique. I really love tattoo lace, like Kim Kardashian wore for her wedding” However, it was a classically elegant strapless wedding dress with delicate diamond floral crown that Holly opted for, which we think suited her perfectly! The blogger’s dress had a detachable lace bodice which she donned for the wedding ceremony and was later removed. 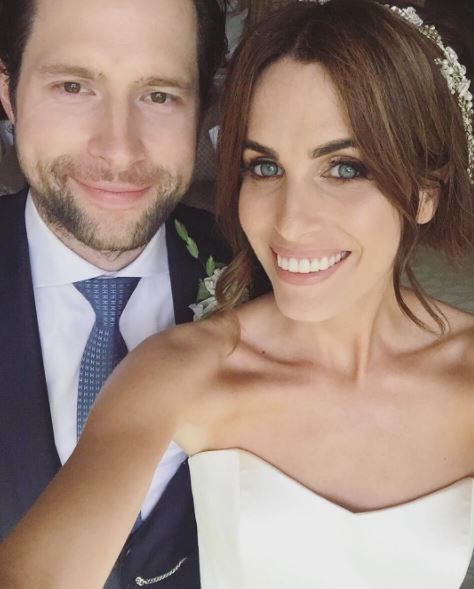 The former Xpose presenter, when asked what she wanted for life after marriage, said “Ultimately I hope we help each other grow and succeed in life, we’re both very ambitious freelance creatives so there isn’t much security but we push each other on”. The loved-up pair certainly have an exciting time on their hands as newlyweds, with Holly’s career going from strength to strength and Andrew securing a €45,000 investment for his nut company on RTE’s Dragon’s Den.

Speaking to RSVP, Holly gave some brides-to-be some wedding planning advice stating “take your time and don’t be afraid to negotiate. Equally if something doesn’t feel right- it isn’t” … Enjoy the whole process and don’t rush in to anything.

Congratulations to the newlyweds!