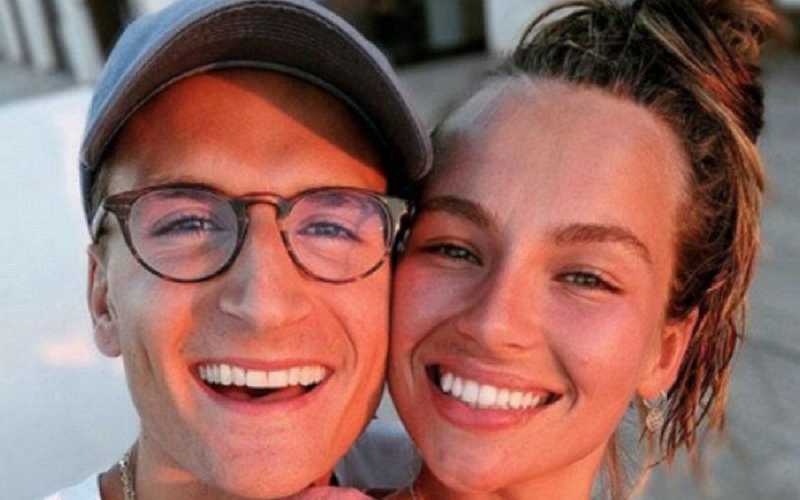 Oliver Proudlock has revealed he is engaged to long-term girlfriend Emma Louise Connolly, after proposing during a romantic trip to Sweden to mark their four-year anniversary.

The 29-year-old fashion designer took Emma for a picnic in the picturesque city of Gothenburg, got down on one knee and popped the question.

Proudlock shared a loved up selfie of the happy couple, alongside the caption: ‘SHE SAID YES!!! SHE IS MAKING AN HONEST MAN OF ME. GREATEST MOMENT OF MY LIFE. ❤ #opxec #engaged #4yearanniversary’.

Hours earlier, Proudlock posted a loving message on Twitter as he and Emma marked four years together.

He wrote: “To the best 4 years of my life, and to many more to come. Love you more than I could ever comprehend.”

Taking to her own social media, Emma posted a stream of adorable clips following the thrilling moment.

She was unable to contain her excitement writing, “and then I said yes. and split my jeans from excitement.”

She said: ‘Oh sorry got something on my nose. It’s called a fiance’ while pushing her diamond-ring hand in front of her face.

Proudlock has been focusing on his fashion business Serge DeNimes in recent times, dipping in and out of the E4 reality show.

Joining MIC in series two, he appeared on ten series before quitting and returning in 2016.

He famously had flings with Caggie Dunlop and Lucy Waston during his early days on MIC, but his relationship with supermodel Emma has played out off camera.

When quizzed about whether wedding bells were on the horizon, Proudlock didn’t give anything away, teasing, ‘One day. We’re not rushing’, just five months before his proposal.

The pair have been together for 4 years and are more in love than ever. We can’t wait for another Made in Chelsea wedding!