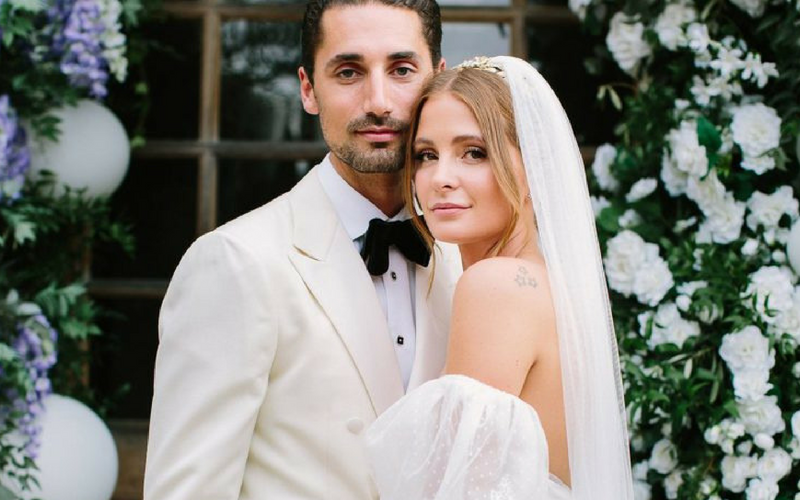 The couple, who were famously on/off on Made in Chelsea, finally put a ring on it last week in an intimate ceremony in Chelsea’s Old Town Hall.

But their big day in West Sussex was a more traditional affair.

She also had a full lace veil and an elegant tiara.

Millie said: “The whole day has felt like an out-of-body experience. Even in my wildest dreams I didn’t imagine it would be this perfect. I am so excited to finally be married to Hugo – he’s the love of my life.”

Hugo added: “It’s been everything we dreamed of times a thousand. I’ve never been happier.” 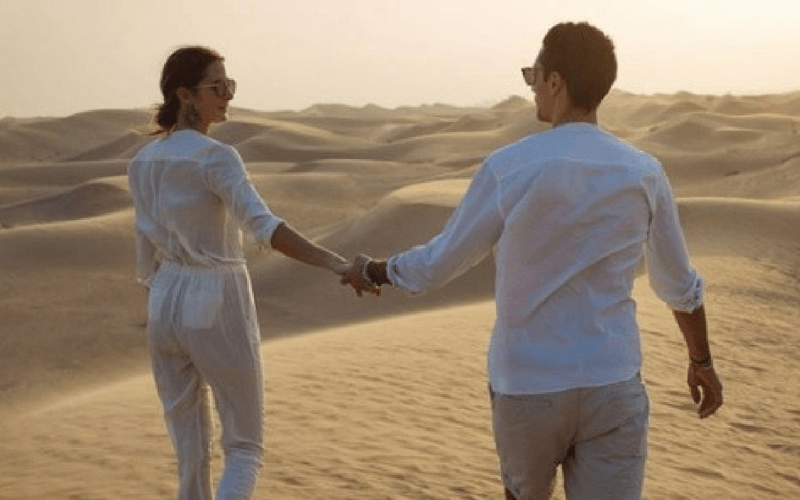 Aside from an assortment of bridesmaids and pageboys, Millie was also accompanied up the aisle by her family pug Mabel.

“It wouldn’t be right to get married without Mabel,” she said. “She’s one of the family.”

Mackintosh and Taylor dated in 2011 while starring on E4 reality show Made in Chelsea. They later split, with Taylor going on to date Natalie Joel and Mackintosh to marry Professor Green.

After the pair got back together in 2016, they’ve been inseparable since, with Hugo popping the question to her while on holiday in Greece last summer.

Hugo said: “I knew she was the one within about five minutes of us getting back together.

Millie added, “If we’d stayed together when we were younger, we wouldn’t be together now.

“We had to go away, do our separate things and grow as people. We needed that time apart.”

Congratulations to the happy couple!