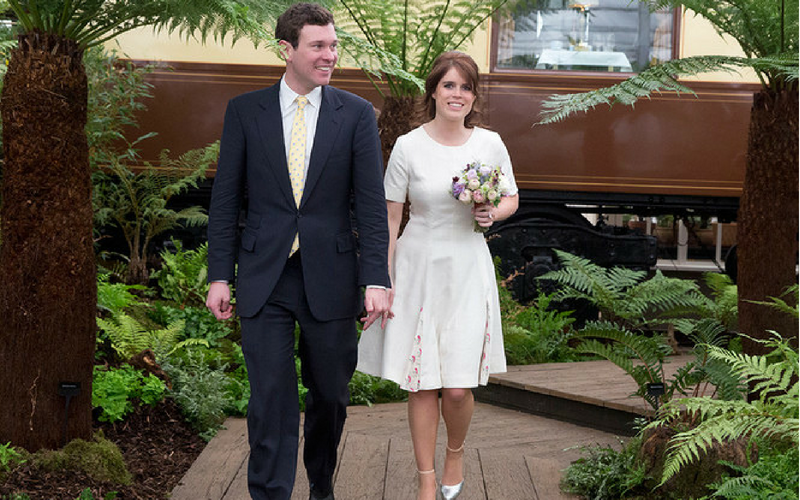 The couple are following in Harry and Meghan’s footsteps.

With wedding planning well under way, more details are slowly filtering out of the palace.

Princess Eugenie is set to marry Jack Brooksbank in a lavish ceremony in Windsor Castle this coming October.

Eugenie shared two never-before-seen photographs for her 274K Instagram followers, confirming the news, ‘Jack and I are excited to be able to invite people to watch our wedding inside the Precinct of Windsor Castle.’

Meghan and Harry also invited members of the public to their nuptials earlier this year, welcoming 2,640 people into the grounds of Windsor Castle.

With their wedding set to be more low-key than that of the Duke and Duchess of Sussex, Eugenie and Jack have invited a more modest 1,200 members of the public of the wedding.

Those lucky enough to win an invitation will view the arrival of the congregation and members of the royal family, listen to a live broadcast of the marriage service and watch as the bride and groom depart St George’s Chapel at the end of the ceremony. 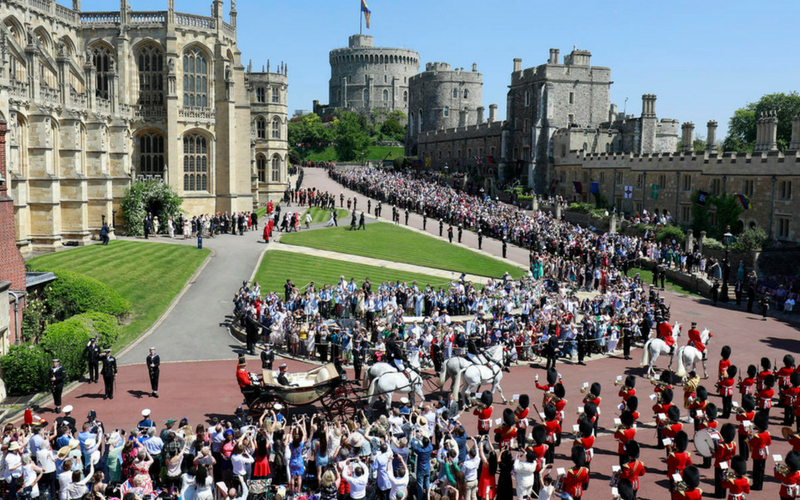 The carriage will depart via Castle Hill and proceed along part of the High Street before returning to the castle via Cambridge Gate.

As well as the royal family, those lucky enough to win a coveted invitation may see some famous faces arrive in the congregation.

Eugenie’s close friend Cressida Bonas, who used to date Prince Harry, and singers Ed Sheeran, James Blunt and Ellie Goulding all mix in royal circles. New X Factor judges Robbie Williams and wife Ayda Field are expected to share in their big day, alongside their daughter Teddy who is a rumoured bridesmaid.

There will also be representatives of charities close to Eugenie and Jack’s hearts, which is similar to what Harry and Meghan chose to do.

Members of the public can apply for up to four tickets to the wedding on the royal family’s official website. Those chosen will be notified in September by post, the application process is open until 8th August.