The Royal Wedding: How Will Meghan Include Princess Diana? 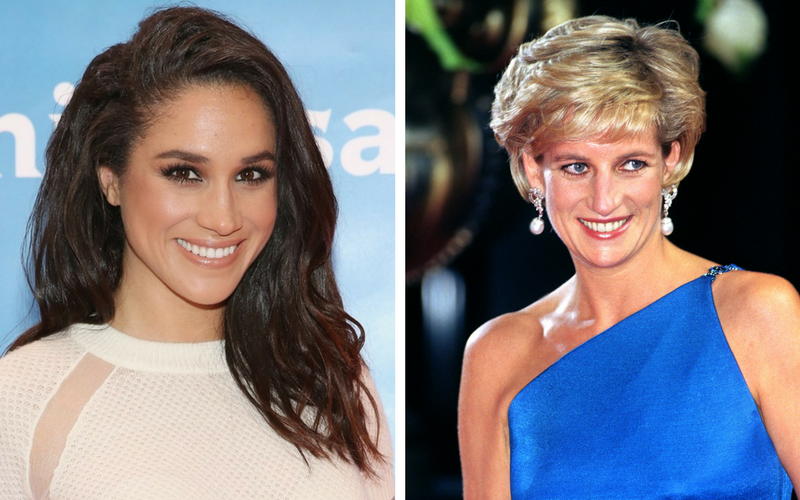 Meghan Markle and Prince Harry have made it clear from their engagement interview, that they wanted Princess Diana to have a big role on their wedding day on May 19th, but royal experts have predicted how Prince Harry’s beloved mother may be included…

It is thought that Meghan WILL wear ‘something borrowed’ from the dazzling Jewellery collection of Princess Diana when she walks down the aisle to Harry at St George’s Chapel, in honour of her late mother-in-law and in keeping with royal tradition. And with two of the diamonds in Meghan’s engagement ring being from Diana’s personal collection of Jewellery, we predict there will be something extra special for the big day!

“For Prince Harry, one of the most important and influential people of this life- his mother- will of course not be there to participate in his special day…This would be very poignant, and a very personal thing between the young couple, and it would symbolically allow his mother to be part of this magical day”

It has been speculated that Meghan may accessorize her bridal gown with Diana’s family Tiara- the Spencer Tiara- which hasn’t been worn in public since Diana’s tragic death in 1997. Diana wore the stunning headpiece at her wedding to Prince Charles in 1981, however many think that the star won’t choose this iconic tiara…

Jewellery editorial writer Ella Kay spoke to Town & Country saying: “I think it’s unlikely because Meghan is marrying into the Windsor family, not the Spencer family, so if she borrows a tiara, I think it will reflect her new royal status”

Of course there are also a number of other pieces that former actress Meghan, 36, may choose to wear from Diana’s beautiful collection, including the Qatar Diamond and Pearl Earrings given to her as a wedding gift by the Emir of Qatar, for the royal wedding. There is also the option of her South-Sea Pearl earrings, or diamond and sapphire suite from the Sultan of Oman (which would also count as Meghan’s ‘something blue’ on the big day!).

In addition to wearing one of these sentimental pieces of jewellery, Prince Harry and Meghan Markle are reported to have chosen flowers for their wedding that has a special significance to Princess Diana – white garden roses. According to the BBC, these beautiful white flowers will sit alongside Meghan’s favourite flower peonies and foxgloves.

With just under a month to go, we are certainly counting down the days until the royal wedding here at Wedding Journal HQ!