Queen of His Heart: Daniel & Fiona Finally Said ‘I Do’ With A Fun-Filled Bar Wedding 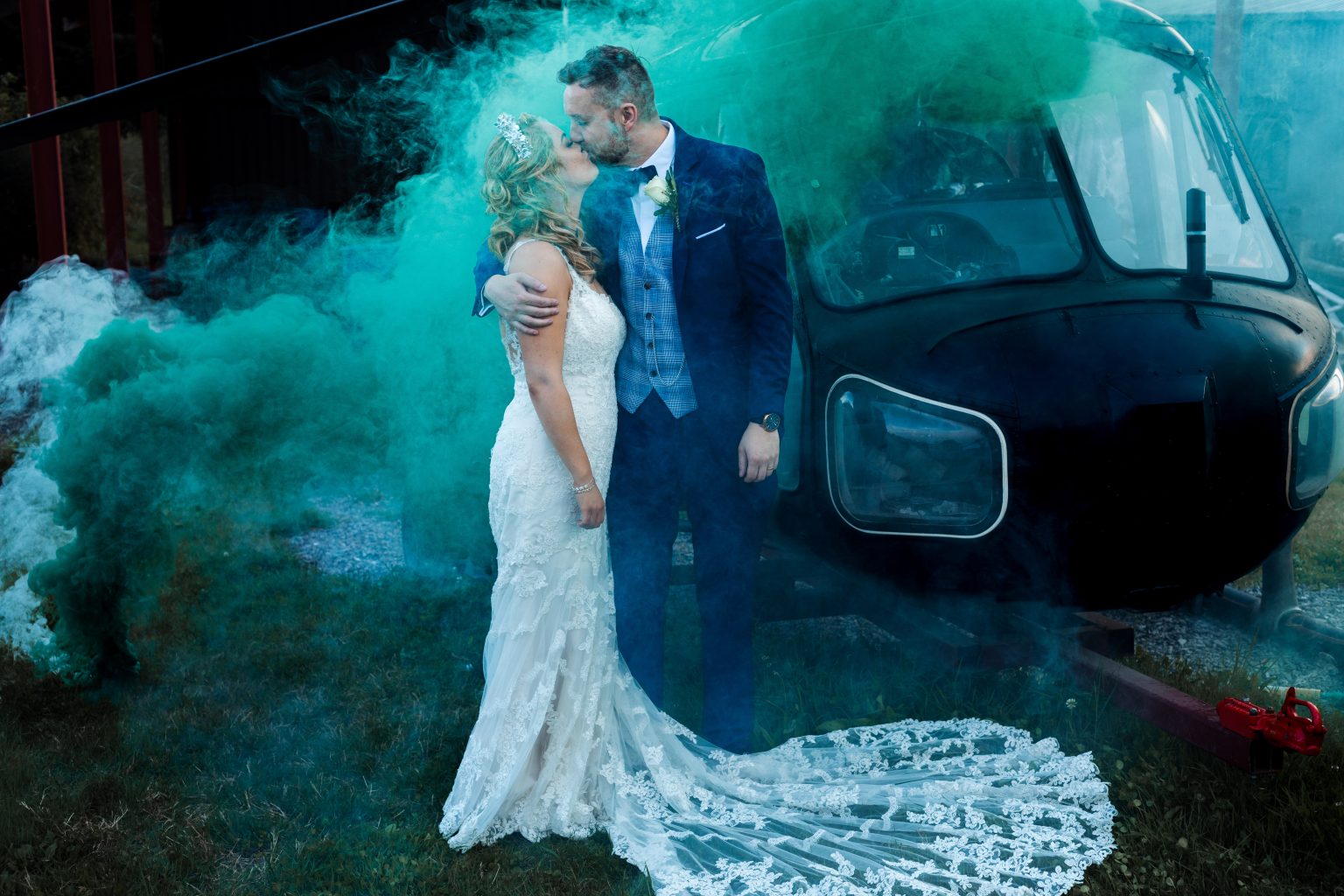 After their Spain wedding plans fell through, Daniel and Fiona planned the perfect Plan B wedding at Tomney’s Traditional Irish Bar!

Ever heard the phrase ‘good things come to those who wait? Well today’s real life couple from Tyrone proved this theory to be true. Daniel Comiskey and Fiona Comiskey who are originally from Armagh got hitched on 19th August with their Plan B wedding turning out even more perfect than they ever imagined!

It was back in 2010 that Fiona and Daniel become work pals in their local supermarket and it wasn’t long before Daniel made his move!

Daniel says: “We met back in 2010 working part-time in a supermarket in Armagh. Fiona claims she trained me on the Deli counter which I don’t recall! I would say I made the first move during a night out in Newry – and I didn’t get any push back! From there, we then spent more time with each other in work and outside of work.

“After six months, we both made the decision to leave our jobs and head to the south of Spain. A shock to many but we ended up living the dream out there for nearly three years, taking charge of a bar and restaurant at the age of 20 and 19. 11 years later, two kids and a house later, we finally got married during a pandemic!”

Fellas take notes… when it comes to the proposal, Daniel pulled out all the stops, from Fiona’s favourite band, to a luxurious hotel and an emerald ring!

“We got engaged in 2019 on 5th of July in Dublin after a Westlife comeback tour – after the concert, not during, as that would be a cliché,” Daniel laughs. “I proposed to Fiona and I had it all planned to a T. She had no idea and didn’t even think we were ever going to get engaged! I kept saying ‘good things come to those who wait’ as we were with each other nine years before we got engaged!

“Fiona is a massive Westlife fan so once we got tickets confirmed, I started to plan. I had it all planned at the lovely Hampden Hotel in Dublin! I planned with the hotel manager that the room would be set up once we come back from the concert with champagne, flowers and chocolates.

“I said the reason was to celebrate our night away after our second son Lucas was born. I then said I have one more surprise and gave Fiona an album of all our times and events together from day dot. The last page was blank and inside had a note which read ‘Good Things Come To Those Who Wait’ – once she read it, I then got down on one knee with an emerald engagement ring in the capital of the Emerald Isle!”

RELATED TO: 11 Things I Wish I’d Known Before Planning A Wedding

So now we come to planning during a pandemic, and we all know this can only go one way… we’ll let Daniel take it from here!

He says: “Planning, as you could imagine, was not smooth sailing. We originally booked Benalmadena in the south of Spain in December 2019. Our dream was to always have this Spanish wedding with our friends and family and we had it all planned ,then boom! The dreaded C word hit and our plans started to fall apart.

“We thought by May 2021 it would be fine, but our guests’ safety was paramount and we couldn’t go ahead with it. We had deposits down and tried our best to plan with the hope that it was going to go ahead but we couldn’t get a thing done. It was doubly hard because it was in another country and there was so much we needed to do prior and we couldn’t. We certainly couldn’t enjoy the run-up and neither did any of our friends and families.

“We were out with friends after dinner one night in the picturesque village of the Moy in our favourite bar, Tomney’s Traditional Irish Bar. Fiona’s Uncle Laurence, AKA Logie, runs the bar and said to us ‘why don’t you have it here?’ The two of us looked at each other and thought that wouldn’t be a bad idea!”

So after a cosy ceremony at St Peters Church in Collegeland, Daniel and Fiona had their perfect reception at Tomeny’s Bar full of style, laughter and good Guinness!

RELATED TO: 13 Stress-Free Steps To Help Plan Your Ultimate Wedding

“If you haven’t been to Tomney’s, it’s a must!” Daniel says. “Logie and the staff had the place all sorted, from lights, flowers, confetti, champagne reception, donut walls, outside caters and the lot! It has the most idyllic background and homely feel.

“One of the latest additions to the bar that we couldn’t wait for our guests to experience was 10 Below – an unusual alcove underneath the original bar decorated with soft lights and pictures that really adds to the overall Tomney’s experience. It’s a must visit for your weekend tipples. You won’t find better Guinness!”

Daniel and Fiona also went for natural flowers with lots of greenery from Armagh Blooms which went perfectly with their rustic theme.

“Our flowers were beautiful inside the chapel and our bouquets and buttonholes,” Daniel continues. “Ann was brilliant knowing exactly what we wanted and added her own touches to the chapel.. it was perfect to a T!

“We are also very lucky that Fiona’s Mum and sister are keen bakers and made our cake for us – we had three tiers with three different flavours which were chocolate, lemon and lemoncello and Victoria sponge and had it finished in a naked style.”

For music, The Bella Caves played timeless and classy ceremony music while The Tiny Lions brought the party for the reception with some upbeat pop hits. Daniel and Fiona also had food provided by the The Snobby Cow which they describe as ‘the perfect alternative to a tradition wedding meal’ which their guests still rave about to this day!”

RELATED TO: Kirsty and David’s Laidback And Pinterest-Worthy Dream Wedding

“Conor was exactly the right person we wanted for the day,” Daniel says. “He knew exactly the style of photos we wanted and was so relaxed – we wouldn’t have even known he was there! He captured the day perfectly. We followed his social media and had seen his work and knew it would tie in with what we wanted on the day.”

Fiona looked like a dream in a Stella York 6769 dress with beautiful lace detailing and a statement train.

Fiona says: “The dress was exactly what I wanted, it was an off-white with ivory lace over and low cut back with a long detailed trail – which ended up black by the end of the night!

“The bridesmaids’ dresses were from Coast and were a sage green colour with sequins at the top with net and full length gowns. My nanny altered them and took the sleeves off, still thinking of a Spainish wedding – thankfully, the sun did come out for us!”

With such a unique and special day, Daniel and Fiona’s favourite moment was getting to spend time with their family and friends after a year of such uncertainty.

RELATED TO: 15 Tasks No Bride Can Forget On The Week Of Their Wedding

“Having everyone there under one roof after the past year made it all so special,” Daniel says. “Despite everything that was thrown at us, we were able to share our special day with the people we loved and our two boys were well entertained and played a huge part in it!”

“We also took some time out just after the photos and before the reception to take it all in and have some champagne of course.”

Daniel and Fiona also have some wise words of advice for all those busy brides and grooms-to-be planning during a pandemic.

“Have Plan B and to remember what the day is all about,” Daniel says. “It’s not about the big day and tons of people. It’s about the rest of your lives and celebrating that.

“Having the people you want there and sharing that day with them is an added bonus. Especially after recent events, we were very grateful to the people that did make it and made it extra special for us!”

If you would like your big day shared in Ireland’s Wedding Journal, feel free to get in touch at emma.fegan@pentonpublications.co.uk – we’d love to hear from you!

Have you booked your tickets for the Wedding Journal Show? Get exclusive VIP & discounted tickets online now… 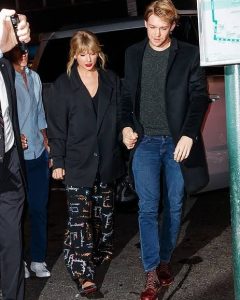 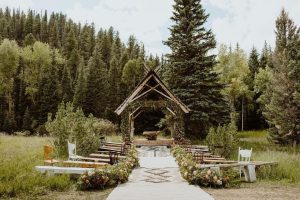 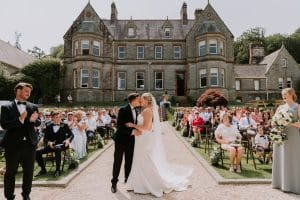 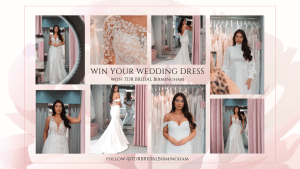 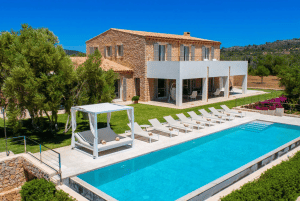 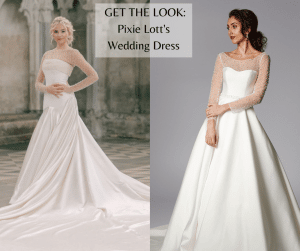 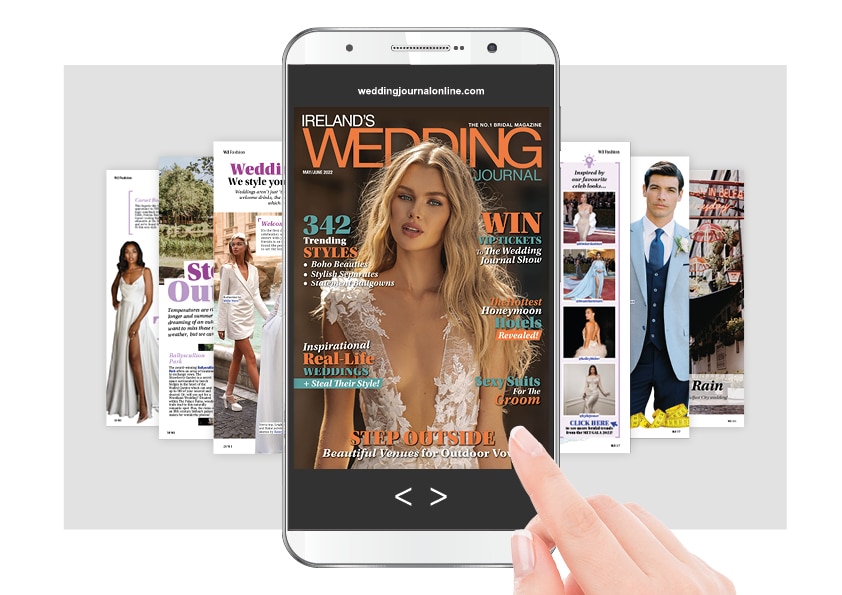